That Night We Ended the Losing Streak 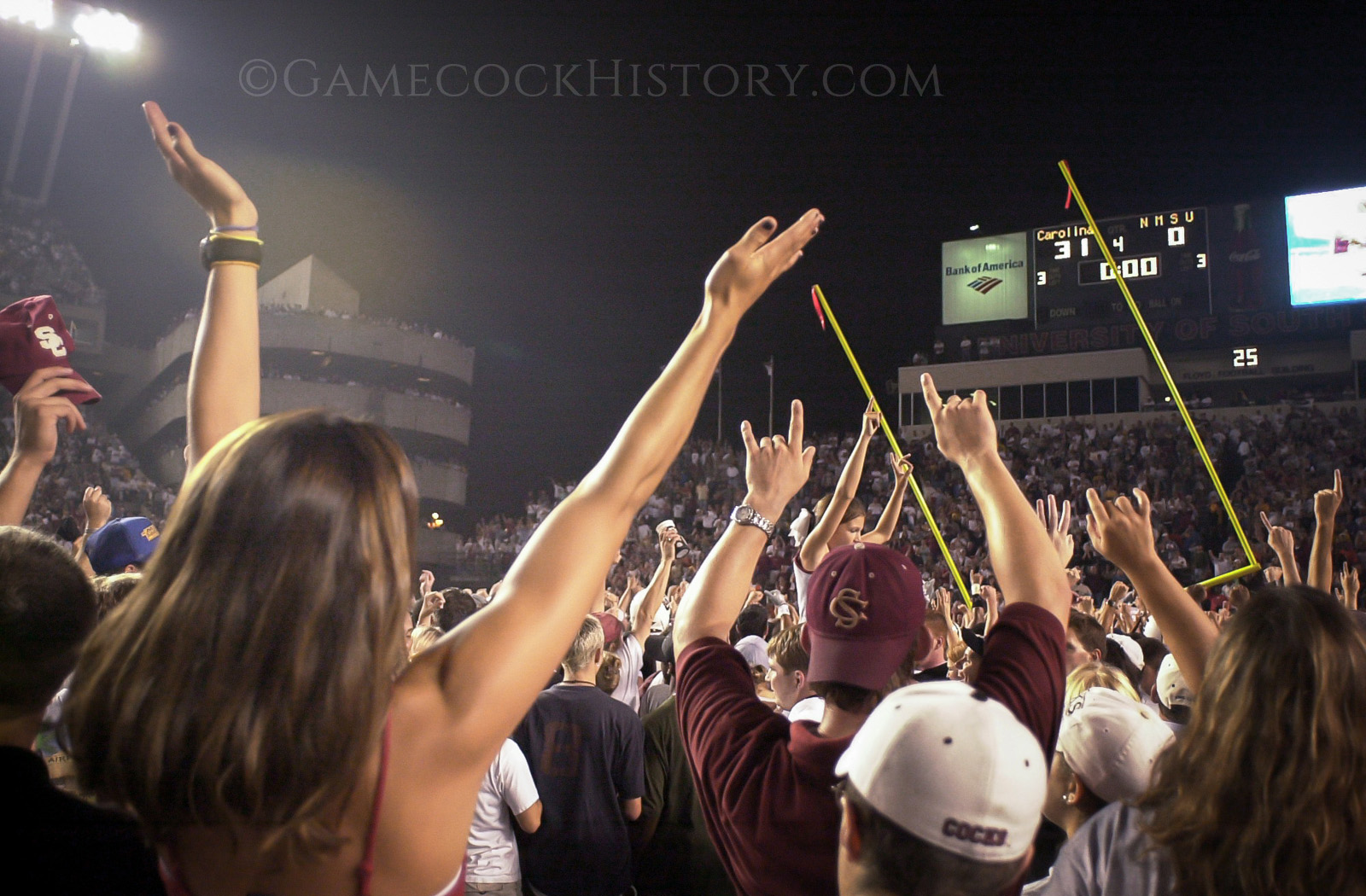 Fans had to be held back until the clock hit zero. After that, they thanked the Football Gods and Lou Holtz for helping the Gamecocks end their 21-game losing streak with a victory over New Mexico State.

Both field goal posts fell that night. One ended up in Five Points a few hours later after fans walked with it in hand up Assembly street and over to Harden.

"I've never seen a celebration go on so long after a win at Williams-Brice. Lou Holtz became a hero that night."