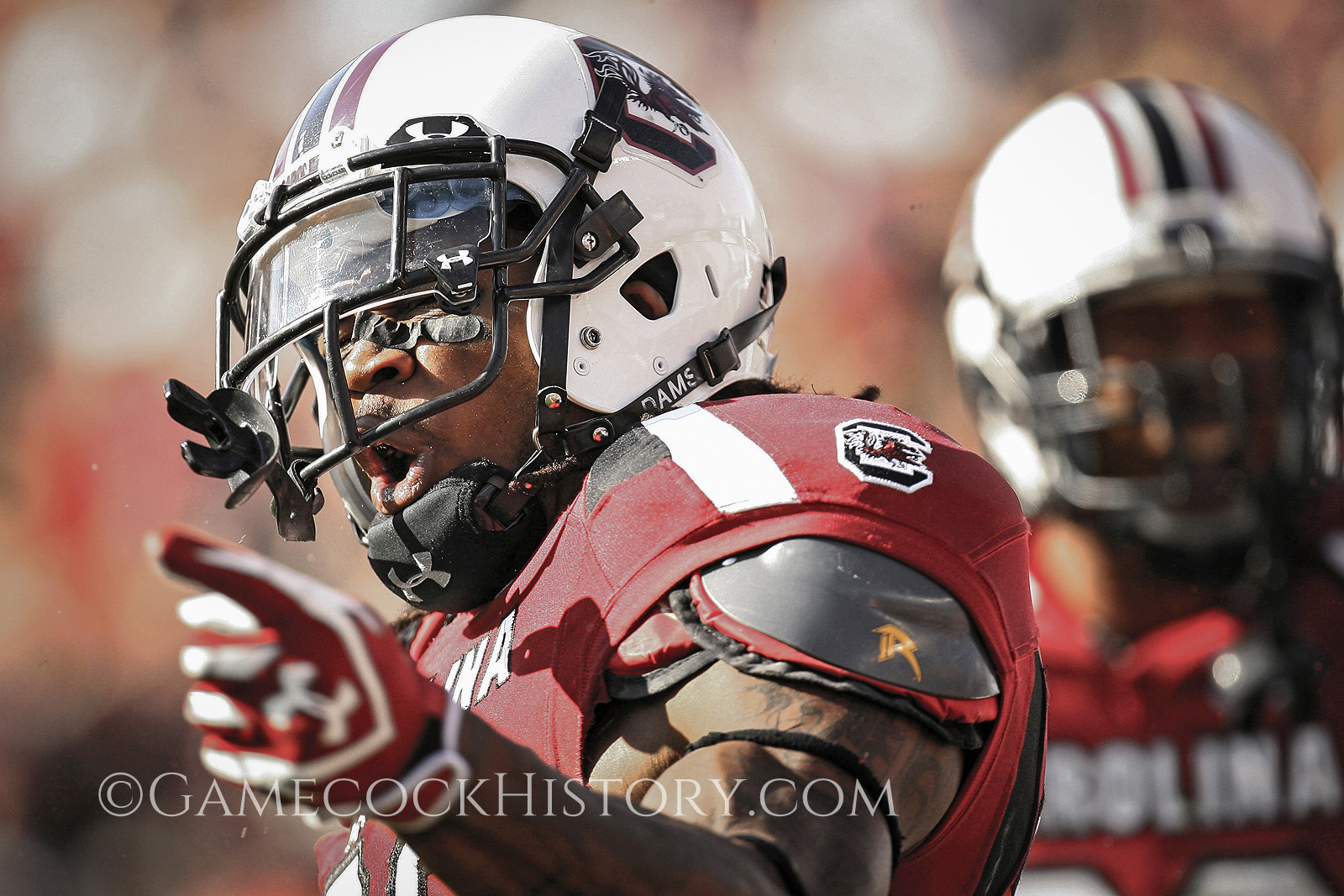 D.J. Swearinger celebrates one of his 244 career tackles after stopping Florida on a third-down play, forcing the Gators to attempt a field goal in Columbia on Nov. 12, 2011.

The stop helped the Gamecocks beat UF 17-12 and secured their 6th conference win for the first time ever since joining the league in 1992.

©SIDELINE CAROLINA Do not copy photograph without permission.

PHOTO TIP:  The action isn't over when the whistle blows. Keep your camera up after the play is dead and look for reactions from the players.